What a wonderful experience !! 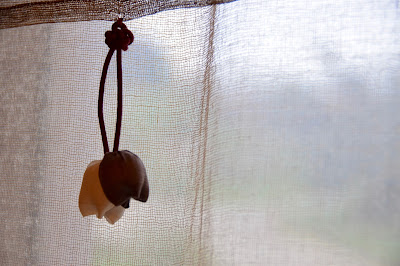 I've just returned from  2 weeks in Korea where I was invited to be involved in the filming of a 60 minute  ArTravel documentary for Arirang TV, an English broadcasting channel based in Korea and broadcast worldwide to give viewers a contemporary look at Korea.

As I flew from Adelaide  to Seoul, I was excited but also a little unsure of what was going to be expected of me and the Hanji experiences they'd organized for my time in Korea. I knew I was going to be traveling around the country, it was going to be very interesting and would ultimately give me so much more knowledge about Hanji and its traditional roots.

I was met at the airport by the writer for this documentary, Jin Hee Lim  and my interpreter/manager 'Hayley' and they soon whisked me into Seoul and my Hotel for the next few days. After a short meeting I was pleased to get some sleep after my long flight and I was looking forward to getting started on my Korean Hanji adventure. 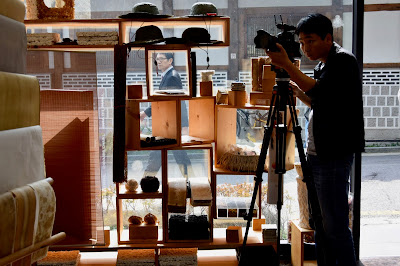 One of my favourite Hanji shops in Insadong is that run by Jang Ji Bang and his family with generations of experience in paper making they now produce some of the finest and most unique papers I've seen. I'd visited the shop many times before and bought a few special pieces of paper but I hadn't been to the family mill at Gapyeong so I was excited to make the trip. The mill is situated about 1 1/2 hrs drive North-East of Seoul so the filming crew headed out there to visit this small family run business  situated in the countryside, relatively close to the North Korean border.

I half expected to be greeted by  Jang Yong-hun the father figure of this Hanji empire but I soon found out that unfortunately he'd recently passed away. Instead we were met by a smiling, middle aged Jang Seong-woo, one of his sons, who has taken over from him but who has been in the business most of his working life. The story goes that he promised his father he'd work making Hanji for 5 years after his military service was completed but after that time he fell in love with the whole process and is still passionately making Hanji today.

I was shown through all the processes of Hanji making.  I'd seen it being done before but this is on a much smaller scale and the attention to details was very evident which shows in the high quality of the paper produced.  I had a go at screening the paper under Jang Seong-woo's guidance but was surprised how difficult it was to push the screen down and through the lye water/ hibiscus root glue mixture in one smooth swoop.  It looked so easy when he did it but I now have a greater respect for these masters of Hanji making.

The next day we visited Suji Kim, a young Korean Hanji artist and she  took us through the Gahoe Museum located in Gahoe-dong, Jongno-gu, where she explained some of the symbolisms associated with Folk Art paintings.

I  meet up with Suji Kim later in the program as well to work on a collaborative piece of Hanji that symbolised my journey so I will talk a little more about her work in a later post.

The museum presents a wide variety of folk paintings and “Sansuwha”, folk paintings of mountains and water, as well as shamanistic objects. Some are quite gross but I discovered that it's believed that specially drawn and designed paintings can ward off bad spirits and protect their owner.

There were  other beautiful paintings some of which were of peonies, blossom, fish and pomegranates on both silk and Hanji paper so we took a slow stroll around the gallery  whilst the crew filmed us looking at the paintings.

After our visit to the Folk art museum our six person filming crew traveled on down to Yeongchong, only stopping for lunch at a huge wayside stop with a shopping mall. We reached Gwiae, a beautiful Korean traditional home where we were to stay the night, about 6 hours later.


We were all really tired but  went out for a Korean BBQ dinner in the nearby village, but because we were way out in the countryside all the restaurants only had seating for guests on the floor, Korean style.  I'm not as agile as I use to be and thought that if I got down onto the floor it wouldn't have been a pretty site trying to get up again so they managed to  borrow a couple of beer crates from the restaurant for me to sit on !!