Last week one of my students came along to class with a lamp where the shade had been broken and wondered what we could do to make a new one for it. She wanted it to look Art Deco, black and white, not too big and something that threw out plenty of light, all of this  using Hanji techniques.

ART DECO -  'It is an eclectic style that combines traditional craft motifs with Machine Age imagery and materials. The style is often characterized by rich colours, bold geometric shapes and lavish ornamentation ...... 'During its heyday, Art Deco represented luxury, glamour, exuberance and faith in social and technological progress.. - Wikipedia 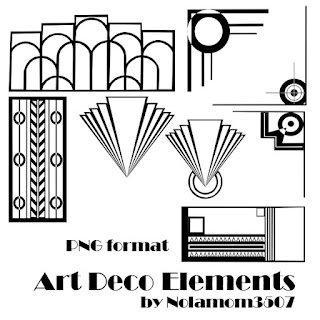 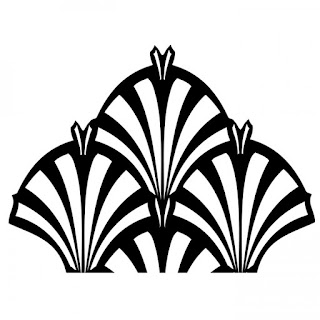 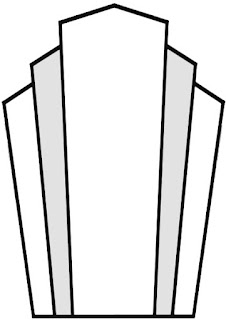 This was never going to be a traditional Korean Hanji project but I was going to be able to use a lot of  techniques that I'd recently learnt in Korea  and I could also use Hanji paper .

After researching and pondering over photos of Art Deco designs for a few days I remembered that I'd just purchased some perspex sheeting in various thicknesses and thought this would be a good start rather than using cardboard which would block portions of light from the lamp on this small shade. I made a pattern of an uncomplicated shape and started cutting it out. 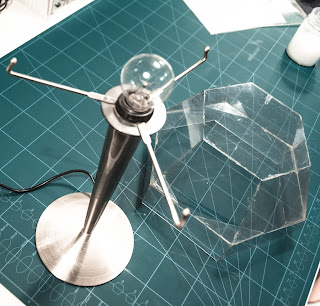 After ensuring that the shape fitted the frame well I glued it together with contact adhesive. I'd tried using instant glue but it didn't seem to work, but I'm sure there are probably better options than contact adhesive out there so I need to find them before tackling another project similar to this. 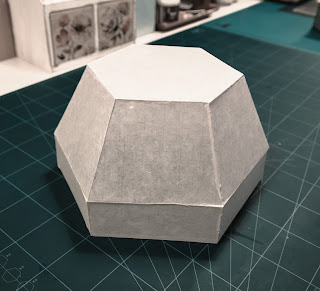 I then covered it both inside and out with a very fine white Hanji paper to give maximum output of light to the shade. 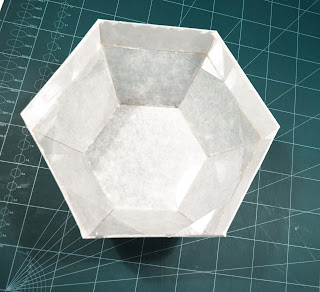 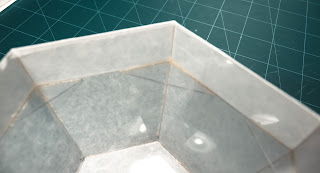 The corners were supported with triangular shapes and they were there to act as something the prongs that support the shade could sit on.  I wasn't happy with the fact that they could move a bit so I made small U shaped guides out of plastic for the prongs to sit into and to prevent the shade from moving around. 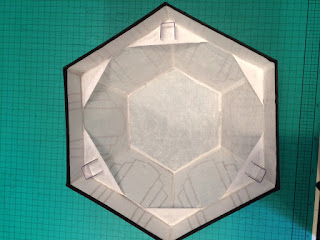 Next step was to cut out the Art Deco design out of black paper, glued them on and finished it off with a few coats of varnish to protect the paper.


Another successful project.  I'd do a few things differently next time but overall I was pretty happy with the results.
at August 26, 2015 No comments:

Since my return to Australia, I've had so many people ask me
'What does Hanji mean and what is this craft?'.  Because I've been doing Hanji for the last 15 years I sometime presume that everybody knows what it is so I've prepared a short explanation as a handout for my students and thought that I'd share it with you.
HANJI - a traditional Korean Craft 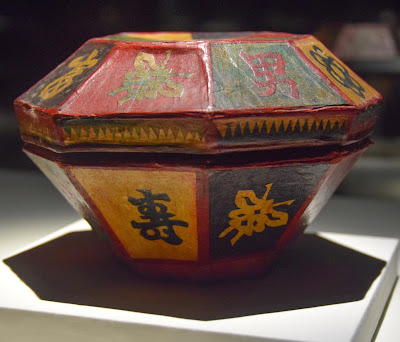 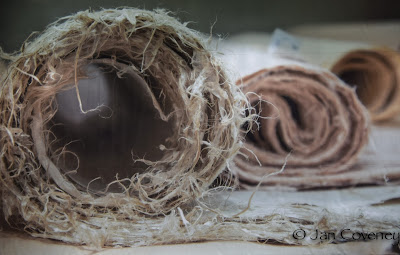 ‘Han’ refers to the Korean people and ‘ji’ means paper.
Hanji is the term used to describe Korean paper and it is also used to describe the art of making objects out of the paper. It’s a paper made from the bark of the mulberry tree ‘dak’ and is one of Korea’s oldest and most durable products, dating back to the Three Kingdoms period around 130 AD.

Mulberry bark produces a low acidity paper. The quality of each sheet depends on the skill of the workers who prepare the depth and complexity of intertwined fibers by swishing the bamboo frames backwards and forwards during its production. The paper has good ventilation due to the fibers not being spread too thickly and because each fiber is long and thin it has flexibility and dexterity, as well as a high resilience to weather and moisture. These qualities have made it one of the longest lasting paper products in the world.
This type of paper is ideal for using in Hanji crafts because when it’s wet it easily molds over cardboard or wooden structures.
Hanji crafts began out of necessity when Korean households needed everyday items that were often unobtainable due to economic reasons so the people made items out of available materials. Hanji paper was already used extensively in Korean households for covering windows, as wallpaper and a thicker version, treated with a varnish for durability, was used on the floors in many homes.  These products can still be seen in traditional Korean homes today. Small and large pieces of furniture were made out of cardboard or wood then covered in Hanji paper and decorated with symbols that were important to Korean society.  They also made bowls, boxes, and sets of drawers and then much later when electricity was introduced, low wattage lanterns. 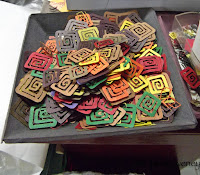 These days Hanji is having a resurgence in popularity in Korea and the craft is being taught to students in High schools.  Unfortunately not many of the younger generation continue doing it as it takes time and patience to make something worthwhile, and they can buy more modern products in their local stores.
Little is known outside of Korea about this wonderful craft called Hanji and most of the information available is in Korean, therefore I hope this gives you a brief insight into what it’s all about. 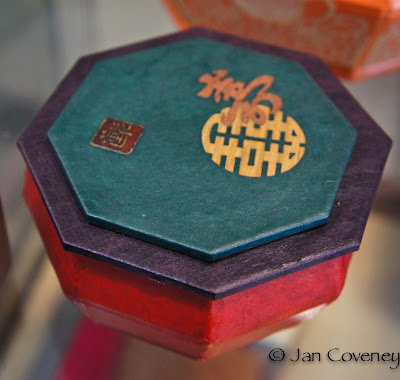