I had another interesting experience last week when I was contacted by Hyun Ju Park from the Korean Cultural Centre in Sydney to say that SBS Radio would like to interview me re my Hanji interests. 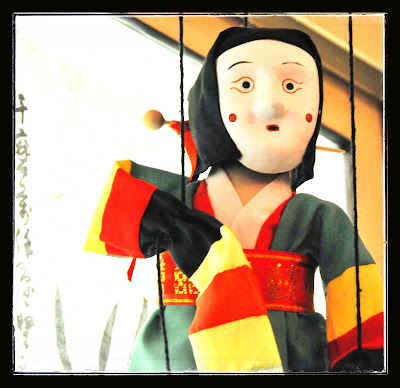 I was taken by surprise but I guess my interest in Hanji could have been  intriguing to the  Korean Radio audience and therefore the reporter, Clara Kim, sent me some questions that she wanted to ask and, I duly responded with my answers prior to the recording.

It seemed quite strange writing answers to questions rather than responding spontaneously but this was a little different to the normal interview as it needed translating into Korean prior to being broadcast after the Korean news and sports on the weekend.

I was told that it'd be quite a short interview going to air as they'd probably cut a lot out, so I kept my answers as brief as I could so as not to complicate the whole process.

Everything went along smoothly until the final question which was, " Could you please say something to the audience in Korean? ".  Well it was lucky that that one wasn't thrown at me live on air because my Korean is pretty rusty and I knew that I'd need a bit of practice.

I worked out what I'd say and practiced for days before the interview and  I was quietly confident.

Come the interview all went smoothly until the end when I  gave my reply.

There was dead silence.

After what seemed like an age, the reporter said, " I don't understand you".

My heart sank.  I was so glad it wasn't live radio as I'd have been deeply embarrassed.

After a few awkward interchanges between the reporter and myself, and with her coaching me on my pronunciation we finally recorded what was passable, and she indicated in the recording she was suitably impressed.

When the interview was broadcast a few days later I realised that they hadn't cut out anything that I'd said and that my chatting and their translations for the Korean audience took up the whole show, a full 20 mins.

Now you know the background you can click on the picture to get the write up and audio of the interview.

With a few hiccups here and there the show did go on and  so hopefully through this, a few more people have got to know that there's an Australian who loves to do Hanji.
at March 06, 2016 6 comments: