Paper and textiles ....... these words don't automatically go together and yet we are seeing more and more sophisticated fabrics being produced using a mixture of fibres, including Hanji (paper), which is producing some  stunning fashion designs.

I'm no fashion guru but I know what I like and even though I've been using Hanji for my 3 dimensional craft  I was blown away by the beautiful creations I saw recently on the catwalk at the Opening ceremony of the Hanji Festival in Sydney.
Seeing the beautiful outfits being modeled defied everything I've ever thought of as paper. In the past I've purchased a few small pieces of Hanji fabric but what surprised me was the range and colours of fabrics I saw on that night.  Some of the clothes had a real silky glow and they looked soft and comfortable whilst others, although they looked a little stiffer and you could definitely tell they'd been made out of paper, they'd been beautifully crafted into wearable, fashionable clothes. 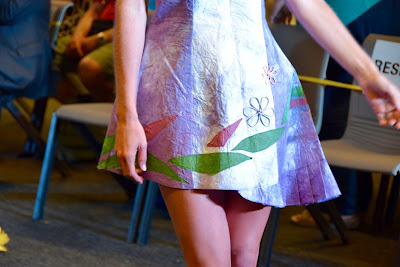 The definition of a textile is 'a flexible material consisting of natural or artificial fibres and they can be either woven, knitted, knotted or felted'. 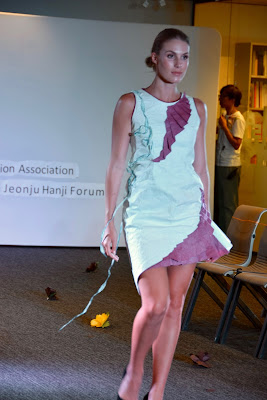 Generally the fabrics are woven by interlacing a set of longer threads or 'warps' with shorter crossing threads called 'wefts' and these are done on a loom either by machine and less commonly by hand. 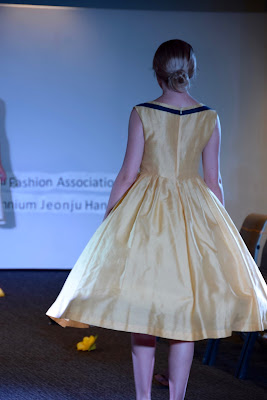 To make Hanji fabrics they interlace  any of the animal, plant, mineral or synthetic fibres with hanji fibres to produce  a fabric that can display all the qualities of what we know as standard fabrics. 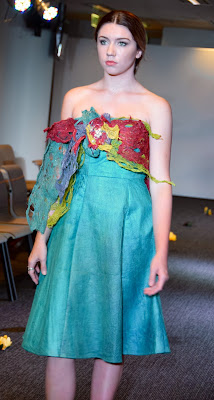 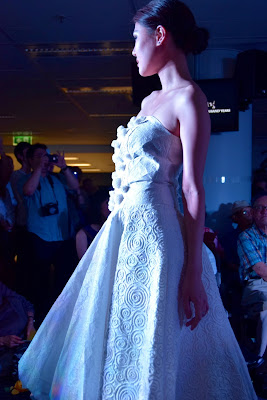 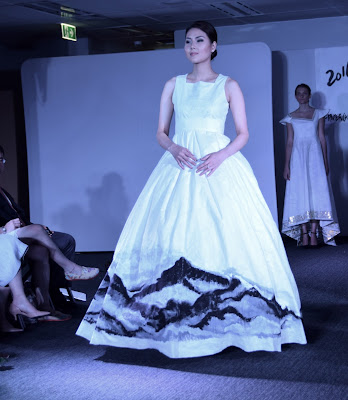 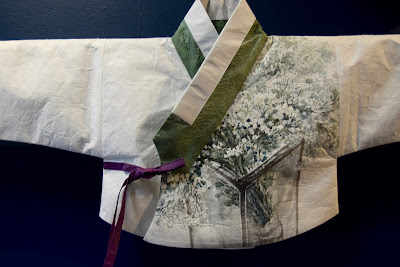 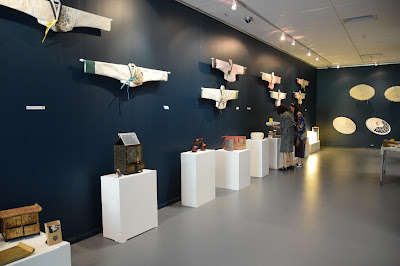 A Korean take on what I'm doing .......
Here's an article that was written for the Yonhap Newspaper in Sydney by Ki Sung Kim.  He was a very friendly interviewer and we spent close to 45 mins chatting.  The article was written in Korean and has been translated thanks to  Jin Youn Kim. A little has been lost, or slightly misinterpreted in translation but it gives you the basics and his twist on it.

"Most of the people around me have not even heard of Hanji craft but they get interested in it when they receive presents made of the Korean traditional paper and see the endless potential of the material."

Jan Coveney, an Adelaidean woman, has been spreading out the artistic beauty and practicality of Korean traditional paper outside of Korea like 'a Hanji craft missionary' ever since she fell in love with the mulberry paper. 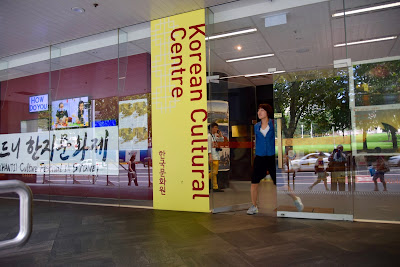 In an interview with Yonhap News at K-Paper Culture Festival held in Korean Cultural Center, Sydney, Jan expressed her love for hanji craft after the 'destined encounter' with the K-paper 15 years ago.

She was first exposed to hanji craft in 2000 when she was in Korea with her husband who became an English instructor at a college in Andong, Korea. It did not take long to be fascinated by the exotic craft for Jan who had been already enjoyed knitting and embroidery just like other western women.

"I was mesmerized at the first moment that I saw hanji craft. It was beautiful! I was amazed at how detail you can go to express the beauty itself and I liked the tactile sensation like fabric material though it was only paper." said Jan.

Ever since, she has made it to other surrounding areas including Busan to appreciate hanji craftwork and she has even visited Hanji factory in order to broaden her understanding of the K-paper.

Jan spent two years in Andong, the capital of North Gyeongsang Province, five years in Malaysia, and seven years and six months in the United Arab Emirates. Though she found it hard even to be exposed to the paper and managed to obtain material and develop her craft skills, such difficulties would only make her long for the K-paper even more.

"I can't never put into words how hard it has been to continue hanji crafting," said Jan. "It was especially hard to maintain mulberry paper due to high humidity in Malaysia and there was another issue, language barrier," she added.

In UAE, however, Jan started her 'hanji craft mission' as she began to teach hanji craft. She has taught thirty to forty students in total from the U.K., Canada, the USA, Australia, and India.

"I've never stopped studying hanji on my own simply with passion for hanji craft," said Jan. She explained why she keeps her exotic journey saying, "It is fun to help people by making new hanji craft."

Jan's artwork has made it to the U.K. and New Zealand for sale, and some have been displayed for sale at a museum in New York.

Jan keeps practicing her craft skills after she came back to her homeland, Australia in the mid 2014. She re-started teaching hanji craft to around ten people when her craft pieces displayed in her house caught attention from visitors.

Jan decided to write a book about Hanji when she noticed there was no books on the Korean traditional paper in English. The book is expected to be finished by the end of the year. She is scheduled to attend IAPMA, international association hand papermakers paper artists, in Brazil in the coming September and do a presentation of her hanji craft in an attempt to make the mulberry paper better known to the world.

Jan has been maintaining her love for hanji craft by gradually developing techniques. She visits Korea once or twice a year and keeps in contact with those who are associated through craft work in Korea. Last year, she attended Hanji Festival held in Jeonju, South Korea and even took master courses.

Jan says, "I've been challenging myself by incorporating modern and simple styles in hanji craft beyond studying the Korean traditional paper." "For example, the delicate colors and aesthetic characteristic of the mulberry paper will go well with lamps," she added.

Five pieces of Jan's craft including a tea table, a cabinet, and a jewelry box will be displayed at the Korean Cultural Center, Sydney from 14 to 29 February, 2016. 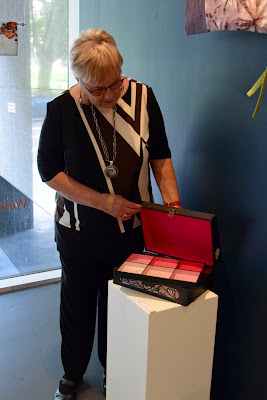 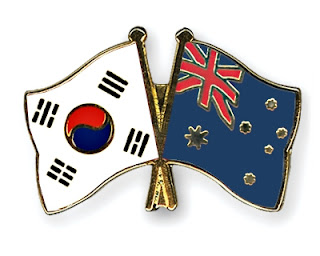 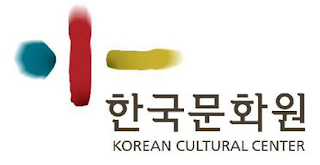 I'll be there as I've been asked to be involved in the Festival, so as the only non Korean  I feel extremely privileged that they will have 5 of my pieces at the exhibition for the 2 weeks of the festival.

I'm delighted and I can't help but reflect on what a wonderful way to help improve relations between Australia and South Korea by being able to appreciate the respective Cultures and their Arts.


'People can only live fully by helping others to live. When you give life to friends you truly live. Cultures can only realize their further richness by honoring other traditions. And only by respecting natural life can humanity continue to exist.'